Bringing my Beingness back in order to wake Up 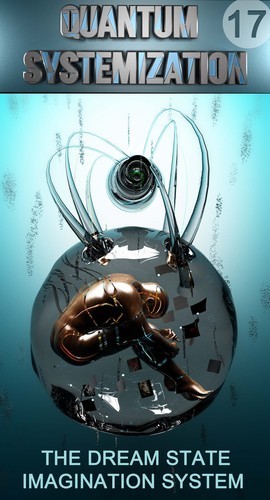 The other afternoon as I lay in bed just before waking from a nap, a ringing tone (just like the incoming call notification on my phone sounded inside of me  resulting in me becoming aware of being inside of my body, yet not fully awake,  like during those transitioning moments in the space between being asleep and awake. In my younger days, I used to linger there and explore. I thought it was where the ghosts and demons got stuck, because that's where I'd often find them.

Anyway, while the ringing sound was notable for me at that moment because it was coming from inside of me, presumably for the purpose of waking me up, what happened next was even more notable. It was as though a line or a connection from that V point area of my rib cage was compressing or condensing to bring in or bring back another part of me from somewhere else.  And then when all of me was here in/as the body, the transition complete and I was awake. My question now is, where did that part of me on the other end of the string go and why is it that my awareness seem to be separated by something? In looking back at this point again, it seems to me that the string and the other part of me returned from the other side of a cellulose like lining or something like that.

Then last night while looking at the night sky from my balcony, I thought how cool it would be if I could fly through the atmosphere to the dome or bubble that I think surrounds us. Any while I'm not so interested in seeing what's on the other side, I would just like to examine the substance of the bubble.

Considering the sheer number of points or thoughts that I tend to look at on a daily basis, I didn’t think too much of it at the time - just some more of my fanciful thoughts. Then this morning (which is now last week by the time I post this) just before waking up, I found myself in a dream room of lots of different uncompleted contraptions and designs of things. The one that caught my attention though was like a lightweight translucent thing that looked like the fuselage or body of a small airplane that didn’t yet have wings or an engine and would have just been big enough for me to slide into. In wondering why I would find myself looking at this kind of thing in a dream, I'm guessing that just as a part of me wakes me up from sleep at certain times, so too does a part of me  follow up on my conscious thinking - which in this case had to do with wanting to be able to fly around.

I’ve been writing a lot about dreams lately because I’ve been noticing differences between the dreams I used to have and the ones I’m now having. For example, aside from being far less cluttered and no longer violent or frightening, my dreams these days seem to be much more aligned with points that I look at and/or consciously question. I think this has to do with bringing various awareness (that make up the me, myself and I kind of thing) closer together from and as my starting-point intention to have all areas of myself cooperating together equally as one understanding.

On a final note (for today’s post), I don’t really buy into the idea that my beingness just goes into a coma like state when I sleep. Rather, (from a conscious perspective), I think that a part of me (or that which I am a part of) goes to the other side of the bubble, yet somehow everything stays linked or connected together.    While in sleep state, it is as though my physical body and my mind consciousness system do maintenance work, while my beingness goes off somewhere else until a part of me rings the bell to single all components to prepare to once again wake up and embrace this opportunity 🙂.
Posted by thomaslagrua at 11:03 AM