Though projections and dreams: the war against Humanity 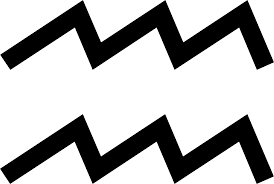 From my perspective, there’s a war being waged for control of planet earth and all of the beings on and/or within it. The fear and the panic being projected onto humanity is due to the depths of the shadows being forced to the surface, now becoming more exposed and more vulnerable.  The abuse that is now coming out of the shadows and into plain view is an outflow of a last desperate push of a highly intelligent parasite that knows its days are numbered, but doesn’t understand how to do anything else but push and squeeze in an attempt to gain more control.

I’ve been hearing that more and more people are reporting hearing voices or picking up subliminal thought suggestions, “Just get the injection and everything will be fine…” I, too, noticed such thoughts a couple of times – before I declared my stand, death before vaccine.

I’ve also been noticing some changes in the types of dreams I’ve been having, especially just before waking up. At first, my dreams seem to be presenting me (like movie trailers) with possible future lifetime-playouts. For example, in one dream, I was a young man of Indian ethnicity and had a warm relationship with a supportive father (new and quite positive for me). We worked closely together, built the family business and successfully managed to keep criminal aspects at bay. The dream felt as though someone were saying to me, “Don’t worry, Thomas, we got you covered the next time round.” The thing is, it still seemed to be pre-scripted, which I am so-not in favor of. So, I wonder about the future: would people’s lives still be pre-scripted?

Then, in another dream, during an afternoon nap, I found myself at the military high school I had attended many years ago, The Miller School of Albemarle, 1600 acres, built just after the civil war. It seemed that I was just visiting and perhaps there for the purpose of speaking to some classes. My older brother was also there fixing some stuff, and I said to him, this would be a good place to be during the apocalypse. It’s got a lake for fishing, good hunting… Then I looked curiously at the uniform of one of the cadets who seemed to be waiting for me. I asked him: you guys know about the apocalypse, right? Then, on noticing the squiggly lines on his uniform, I said to him, ``What's with these lines? The student replied, “Of course we know about the apocalypse, commander.”  Cadet commander, class of 82, I replied. And then I woke up.

The thing is, although the name tag on my uniform back then read, Cd. Commander, we always addressed one another by our ranks, Lieutenant Colonel, Colonel, etc. No one ever referred to me as “Commander”, and I never used that term to identify myself. So, why would a part of me in a dream pull up information from a name tag to address me, when no one ever addressed me by that title and I never self-identified by it? Unless I was communicating to someone or something else that was piecing together information about me from my memories or images of me. After getting out of bed, I remembered where I had seen those strange squiggly lines that had appeared on the student’s uniform. They were the same as the astrological symbol for water, waves or the age of Aquarius.

Then, in last night’s dream, after posting a somewhat defiant sounding blog encouraging people to stand up and just say, “No!”, I dreamt of being in very unfamiliar territory in a place that looked like parts of India or Pakistan. I had a pickup truck (perhaps symbolizing my body), a computer in a case (perhaps symbolizing memory, knowledge or intelligence), and I seemed to be searching for the place that I was supposed to live and work.

Feeling disorientated, I ended up leaving my computer case in a room that I had stayed the night and forgetting where I had parked my pickup truck. I met some people from wealthy families, and they accompanied me (as though to amuse themselves) in my search for my truck and computer. Finally, we found the place where I left my computer, only to be presented with an empty computer case — my computer had been stolen. I was now without a truck/body, no computer/memory and no money. I felt destitute.  Then, one of the people from what seemed to be a gangster family suggested to my friend (as though to offer up a temporary solution to my dilemma), that I could marry the daughter of one of his cousins — but I’d have to remain with her for at least five years. When I awoke this time, I felt as though I were being shown that things could be much worse if I did not cooperate.

Some people call the unseen enemy, Satan; some are calling them the Globalists; and more recently, I’ve heard them being called, Negative high-frequency beings. There’s more to this story. I’m going to find out, and when I do, I’ll tell you.

In short, with the Negative high-frequency beings or parasitic entities (as I would define them) losing control over human beings and beginning to be be squeezed out of their hiding places, they are no longer holding back anything in reserve. Therefore, as I've often said, I guess things are going to get rougher before they get better. That being said, things will get better. We just need to stand our ground and don’t accept or allow any forms of coercion or abuse. Think about it: if the so-called vaccines really were beneficial to the masses, would they really need to resort to coercion to get people to take them? Of course not.

And getting back to those squiggly lines, they could also be symbolizing a wave of water or a couple of serpent-like critters, I guess.

Posted by thomaslagrua at 9:27 AM