The powering down of consciousness and the fear of Loss 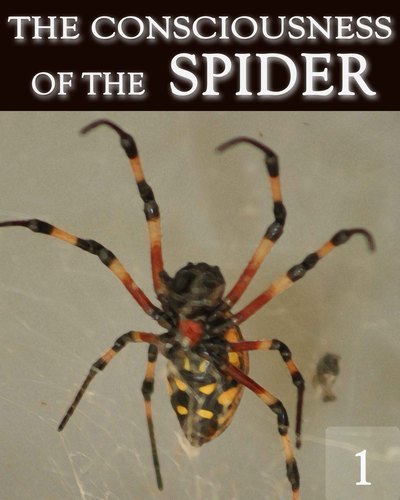 Something that I’ve been noticing to a greater degree about myself as well as others, has to do with the ability to remain focused. In my case, I’ve recently been noticing while driving my car, that my conscious awareness or AI-autopilot if you will, doesn’t seem to be functioning as diligently as it used to —  as my autopilot. And while this could lead to dangerous situations if I were not constantly and continuously aware of my responsibility to step up and be the driver/director of myself and my car, it also presents me (as well as the rest of us human being I guess) with the opportunity to incrementally step into the director/driver’s seat of ourselves, as the conscious awareness of ourselves step out.

Having noticed this state of being (requiring my presence) several times over the last 2-3 months, as well as the necessity to quickly shift myself back into the driver’s seat (in/as the center of my body) in order to safely drive, I now question (lol - as I question everything), what has changed in terms of my consciousness awareness not functionally as powerfully as it used to, and where did this change originate from?  Physically speaking, except for a cataract in my right eye, I’d say I’m in excellent shape. Thus it is not that I am any less able to accomplish tasks; rather that I simply require to be present/here to a greater degree than I used to in order to do things correctly with the least amount of effort.

I guess that this change has to do with the mind conscious systems of human beings powering down in the countdown so to speak, for departure. And while I’ve written on this subject as it relates to artificial intelligence and robotics, there is still much more that needs to said, understood and reconciled I guess you could say, if we humans (as the latest models of mankind - lol) are ever to evolve beyond the revolutionary cycles of war and enslavement by our own creations and/or that which created us - depending on your perspective. Perhaps the simplest way to comprehend this is with the saying, we create what we are.

Essentially and/or energetically depending on your perspective, the conscious awareness of the mind consciousness systems of human beings (that we generally refer to as human consciousness) has been in the process of powering down as it prepares to depart from its human hosts.  And while we’re not actually losing our minds (as I’ve mistakenly referred to this point in the past - sorry about that), we are shedding the energetic-awareness / autopilot of ourselves —  referred to as human consciousness. Hence the decreasing attention span, increasing reliance on external devices to tell us what to do, help us drive, tell us what music to listen to and so on.

Actually the point that I really wanted to open up today, which is very much related to the slipping away of consciousness, has to do with the definitions by which I have defined myself in relation to my partner’s consciousness —  which also seems to be slowly slipping away. Specifically, just as I’ve noticed my conscious-awareness fading out, degenerating and/or powering down, so too have I begun to notice this point in others —  as though the people that I once knew are now becoming more distant and less recognizable. That I found myself feeling somewhat saddened and even a little frightened, leaves me wondering how so many others must be feeling these days with no idea what is happening to them and the conscious entities around them that may also appear to be slipping away.

A sense of loss in relation to how I defined myself in relation to my partner is how I would describe it. It is as though her personality has begun slipping away from me; and to be honest, a part of me is sad and somewhat frightened. Thankfully though, I know exactly how to deal with such feelings and emotions. I begin by writing out what I feel, I name the emotions (sadness and fear of loss) and then I write and sound out self-forgiveness self-correction statements. In this way, I place myself back in the driver’s seat by standing as the directive principle deciding exactly who I am and how I will stand in relation to this point. For example:

Self-forgiveness on the point of defining myself and others in relation to one another and attempting to hold on to those definitions:

●      I forgive myself that I have accepted and allowed myself to define myself and others in relation to one another based on my perception their personalities traits that I liked or didn’t like, instead of standing in relation to them/all based on the principles of oneness and equality while also living words such as honor, respect and integrity so as to stand unconditionally/undefined in relation to all  —  as I care to have all stand in relation to me.

●      I forgive myself that I have accepted and allowed myself to define people into categories of likes/dislikes and then attach those definitions to myself as a characteristic way of being in relation to them, rather than let go of all that I’ve defined myself by, so as to stand in relation to all as best I am able — unconditionally, undefined.

●      When and as I find myself at the point of going into a feeling of loss or sadness in relation to having to let go of the definitions of my partner and/or others, I commit to stop, breathe, let go of all the definitions that I’ve attached to myself in relation to them, and look to see, honor and respect them for who they are as life equally as one with me.

For those who are not yet familiar with self-forgiveness, it is like an exe command prompt that we are able to utilize to target programs within us in order to change/create ourselves. For more on this topic, I suggest visiting the Desteni home page.

So this is the point that I really wanted to open up today, the feeling of sadness attached to the fear of having to let go of the definitions by which I had defined someone else and allowed myself to be defined by. In reality, they were just perceptions that I had created in my mind, they were never real.

Posted by thomaslagrua at 10:29 AM

Email ThisBlogThis!Share to TwitterShare to FacebookShare to Pinterest
Labels: Consciousness, fear of loss, powering down of consciousness, relationships