All in an Afternoon Nap 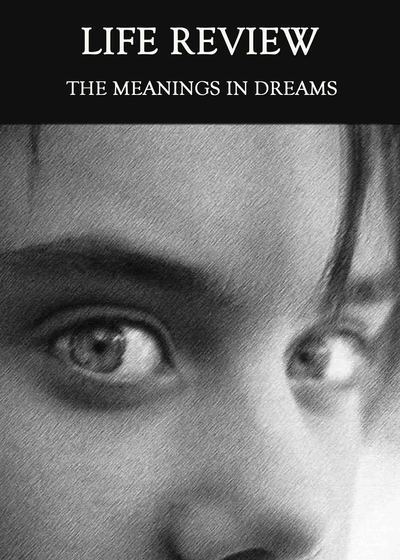 On a bus in a strange land without clue as to where I’m going, I get off for a moment just to get my bearings. A little girl in a wheelchair, who is also a passenger, has fallen and is trapped under the chair. The bus is getting ready to leave. I yell for the bus driver to stop, but either he doesn’t hear me or just doesn’t stop for anyone. I lift the wheelchair and make sure the girl is OK and then I am back on the bus which actually did turn around and go back for the girl, but by the time it arrived at where she was, she was no longer there. Perhaps she had moved on, either way, she was gone.

The last stop of the bus is approaching and I know it’s almost time for me to get off. I look out the windows to see where I am. The city looks a little bit too much like something out of Disney production, something about the colors and the cleanliness just doesn’t seem right. As the passengers are getting off and I am preparing to walk down the stairs, I see a white leather jacket with the pattern of a big American flag draped on the stairs, obviously placed there for someone to slip on and fall. So I’m careful to step over it and watch my surroundings for enemies. The man behind me looks like he was just punched in the nose, so I step aside and let him go ahead. Not that I recall hitting him, but something tells me I probably did and thus it is better not have him walking behind me.

At the front of the bus are three men who appear to have found some kind of liquor in the cabinet and have decided to stay on. I may as well stay for a while longer, too, as I still don’t know where I am or where I’m going. As the bus begins to morve, it occurs to me that I ought to just find a place on the beach and stay there for a while. What country is this, I ask the men with whom I am now drinking some weird tasting liquor from a little squeeze bottle. One of them who reminds me of the Actor called Rock, looks over with a smile and yells, Brokie. What country is this, I ask again. Brokie! He yells back.

Just another typical afternoon nap, part of the process I go through of never completely resting I guess in my seemingly never ending quest to understand my reality at all levels, where I am and where I’m heading.

So, as I am finally on what I call a vacation, at home in a big city with my partner and my view of the park, I may as well use this time to catch up on some writing.

The bus, the passengers on it and the city that we were moving through probably represent the movement of humanity in a place that I don’t really recognize and haven’t a clue as to where I really am. I’m not kidding, I ask myself this question all of the time, where the hell am I? To say that I’m in Taiwan on a planet called earth, doesn’t really answer anything at all for me. This is a physical existence, sure, but what the hell does that mean? Lol, just moving along with just a glimpse of what goes on inside of me on a daily basis - somewhat more so for me I guess, now that I’m on vacation.

The little girl trapped under the wheelchair while the bus threatens to leave her behind, represents my willingness to help out even though somewhere deep down, I know that nothing is going to stop or slow the movement or change taking place within and as the human race, not even for the innocent. Perhaps this also has something to do with the inevitability of some getting lost or left behind, which for me is not  considerable, not even calculable for reasons (of thinking) beyond the scope of this post.  I guess I could say that it just doesn’t compute😉.

On the human bus (in the human race), not knowing where I am or where I’m really going is how it’s been my entire life and perhaps for many lives before, perhaps even my entire existence. I could wake up tomorrow without any memory in a strange land without a clue as to where I am, and I don’t think I’d really be too phased by it. Actually, I did that before in the third of fourth grade when I had amnesia. Except for feeling like an idiot in school for the next four or five years, it didn’t really bother me at all. And I guess there was another time when it suddenly occurred to me to ask the voices inside of my head, what the hell was I doing here in this human body and how did we all get here, but that’s another story.

As for the city, this place where we are, looking somewhat like a Disney production, this point has to do with my lack of faith, I guess you could say as to the “realness” of reality with such simple (beautiful nonetheless) pictures, that I only see surfaces of. To be honest, I long to see and understand more than just the surface levels of things. I often make an effort to look more closely, but there seems to be parameters that are not easily stretched.

The “white leather jacket patterned to that of a big American flag draped on the stairs (obviously placed there for me to slip on and fall on) is actually a very useful point for me to consider at this time in my life. In looking at the symbolism as it relates to me: while the American flag represents patriotism, the fact (in a dream sense) that it’s been draped on the stairs as something that might cause me to slip and fall, rings of a warning from me to myself to be careful not to get caught up in taking sides in the whirlwind of revolutionary fervor. I will assign a memory note to this point.

As for the man behind me that looks like he was just punched in the nose (presumably by me), that I decide to let go ahead of me as a security precaution, well, I interpret this as being another reminder to be careful not to hurt or offend people. As there’s no running from the past, it’s important to do our best in the present to make sure there’s nothing to run from in the future.

As for deciding to stay a while longer on the bus with some strangers drinking a strange liquor, the bottom line as far as my life is concerned (as I have said many times), I have nothing better (read more important) to do, no place else that I’d rather be and nothing else that I’d rather be doing, at least not that I recall. So I’m alright with staying for a while longer. And relaxing on the beach is but recurring point that’s been coming up in dreams my entire life. The problem is, every time I’ve actually stayed on the beach for a while (in reality), I’ve always been ready to move along after no more than a week or two.

And to finish out the analysis of my dream, I’m thankful that I still have a sense of humor - even at the unconsciousness level. Lol. What's the name of this country, I ask, meaning what’s the name of this place that I’m currently passing through? Brokie (meaning broken). I like that one.

Amazing the insight and clarity that can be extracted from dreams. The key I guess, is to have and to take the time to analyse the symbols.


Posted by thomaslagrua at 5:41 PM