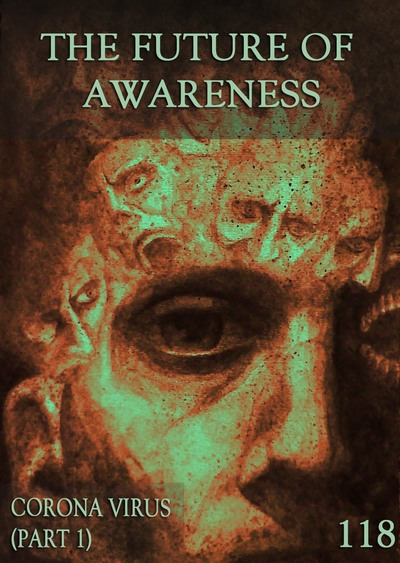 I used to say that, if I saw humanity for the most part, all running in one direction, I would probably start heading in the opposite direction. Nowadays however, although I wouldn’t necessarily say that I’d be heading in the opposite direction, I don’t think that I’d be in any hurry to run along. Perhaps it’s just my questioning nature, but still I wonder how so many people could still be buying into the same old script.

It’s as though the collective delusion was the compromise that the warring sides had agreed upon to uphold while the battle rages on. So once again, the masses are instructed to look straight ahead, focus on “The Virus,” put on a mask, stay at home, obey all instructions unquestionably and above all, ignore all of those silly facts and figures being put out by people who dare to question the narrative. Focus on the fear, let the government take care of you, after you get your mandatory vaccination, you'll be fine. I guess it is necessary to shut down the world system in order to upgrade and/or install a new one. So I’ll fill in the online forms questioning my whereabouts; I’ll wear a mask in public and even quarantine myself if that's what they ask. I’m just not going to buy into the collective delusion and the propaganda that organizations such as the WHO have my back. Have a look: even though the CDC is apparently ordering hospitals to attribute all questionable causes of death (that could possibly, maybe or might be virus related) to “the Coronavirus,” the overall death rate in most places is still at or below average - sometimes as much as 15% below average. What does this actually say about the true virulence of the virus?

With one million reserve soldiers are now being activated in the USA, giant hospital ships being placed on either side of the country, companies being ordered to retool their machines, supply lines being set up and a massive amount of supplies being strategically positioned to be available when needed, it looks more like preparations for an invasion or a terrorist attack than it does a viral outbreak. It really is a war footing that the United States (and I guess a lot of other countries) is now being put on. The likes of which hasn’t been seen I guess since World War II. I’ve heard the term, “war against humanity” being used. President Trump says that the United States is at war with an invisible enemy and I don’t deny this. My question is simply, who or what are we fighting or preparing to fight against? It’s not the Coronavirus and that's for sure! There, I said it. I don’t recall the last time I didn’t have a specific answer as to what was actually going on; on this occasion though, I am perplexed as to why the powers that be seem to think it necessary (or convenient) to blame everything on the Coronavirus. If it is the deep state or the globalists, why not just come out and say it? The globalist, Satanists or whatever they call themselves are apparently threatening to set the world on fire, but I’m fairly certain they’ve said all that before. There is also a big asteroid scheduled to pass by earth this month. Not to worry though, in searching on Google for “April 2020 asteroid,” I couldn’t find anything that didn’t include the words, “safely pass by” or “don’t worry.” And there don’t seem to even be any (in English) conspiracy theories on the topic - red flag! Perhaps those guys are just preoccupied with the virus hysteria.I’m not saying that there isn’t a war being waged against humanity, just that I don’t see a virus as being that which is attacking us. And by the way, viruses are not invisible. They look just like those undersea mines that I used to see in the movies about WWII. I guess I could be wrong about COVID-19; the thing is, I really don’t think I am. Instead, I suggest that the biggest danger, the real killer, is Fear, which is not going to disappear simply because of ignorance. The often repeated mantra, “The people can’t handle the truth” is bulshit if you ask me. Not only do I think that people can handle the truth, I also think that people behave much more responsibly when faced with the facts rather than the story. Trump, to his credit, seems to be attempting to bring the information into the light - only to be attacked from both sides of the political spectrum. Finally while I’m still on the virus topic, I keep thinking about the ending of that movie, World War Z. While many might think that the hero saved himself by injecting himself with another deadly virus to then become invisible to the zombie virus, what I saw (as the main message) was that the virus was simply attracted to fear and that is what it was attacking and I guess, exposing. Hence, when Brad Pitt let go of his fear and faced the virus (without fear) the virus was no longer attracted to him. To put it simply, the frequency that the virus was honing in on was that of fear. Face and let go of the fear and the virus will disappear.

Posted by thomaslagrua at 10:07 AM