Making Sense of the Sound of Creation 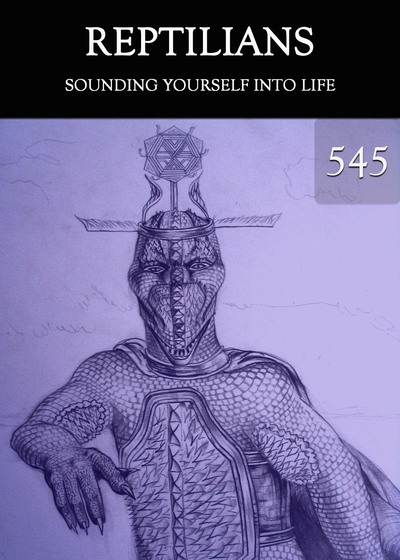 Although there have been times when I entertained myself a lot by watching movies and TV series, I find nowadays in terms of entertainment, that I quite enjoy looking at what’s going on out there in an attempt to piece together the puzzle. But how much should one really focus on what’s out there, especially when I haven’t yet figured out the mystery of myself? Once again the lyrics of a song come up, “mama always told me not to look into the eyes of the sun, but mama that’s where the fun is…”

I also wonder how much of what’s out there is there simply to lure people in to distract them from what is really happening. For example, one You tuber seemed to become so fixated on the 12/21/2019 date, based almost solely on numerical signs hidden in plain sight in the “conscious” programming of Hollywood movies put out by the system and/or the elite, that he seemingly ended up betting everything on “the end” of the programming itself instead of realizing that he had just been caught up in it all along. Or perhaps he also was an active part of deception of the belief in Ascension. Who knows?

Though I sometimes enjoy putting the puzzle pieces together, I also sometimes find it somewhat little frustrating. Why do not those who are aware of the deception, simply point it out to us so that we can all get along with focusing on fixing this existence, aligning it to the principles of oneness, equality and what is best for all?

I guess many have attempted to point out many things only to find that most people refused to listen or were simply too lost in the programs to hear. Put the information out there as clues or breadcrumbs to follow and let the people figure it out themselves though, and suddenly you’ve got a collective networked awakening happening via the internet. The Q movement utilizes this methodology extremely well. Time viewing is a big point that’s now opening up on the internet.

Alright, for the practical section of this post, I would like to expand a little on creating with sound. While millions and millions of people are once again attempting to master the ancient craft of molding words together with energies of intention to cast as spells in order to manipulate reality, I’m here today to unequivocally state that such ancient technologies are but another distraction - for bad witches to feel powerful, I guess you could say. Why? Because the craft of harnessing energy based on the power of consciousness/energy intertwined with sound actually diminishes the creative potential of sound and will thus only hold power of influence (fleeting at that) over other believers who buy into it.

Which brings me back to something that I’ve been investigating for a long time, funnying with the sound of music. The key to the sound of creation (specifically in today’s environment) is one’s starting-point intention. As you create what you are and are what you create, one’s starting-point/intention is to put it simply, the first point or direction that change as matter of creation manifest. Now do you see why so much in the way of AI and robotics is being creating these days?

It’s so funny: as I write, I realize that this principle of sound creation (as I guess you could call it) needs to be explained both mathematically and ideally in a way that everyone is able to comprehend. However, instead of diving into that today, I would like to present an example of where I am now with this principle or more specifically some results that I’ve noticed in pushing myself to understand sound creation through simple, practical applications of stating my intention and sounding myself to create based on that intention.

For example, in sounding my intention to live and express the word, joy, throughout the days of a week at home, in the classroom, in the office, etc., I noticed firstly that nobody complained or laughed at me. In relation to my students, I think the overall reception was positive, but it’s hard to say. In my eyes, they’re like these kind beings that that often just seem to stare at me - when they’re not staring at their smartphones of course.

The biggest surprise though was in the office wherein on a daily basis, I made it a point to make sounds from a starting-point intention of expressing harmony within and as myself. By the end of the week, one of the other instructors mentioned to me (in an inquisitive tone) that another instructor had begun making these strange noises. I took that as a sign of the spread of something beneficial. And then another teacher even approached me happily to state how he has begun singing in the classroom and is enjoying it. That never happened before as far as I am aware.

So, I interpret these results as being supportive to utilizing sound to create and influence the creation of one’s environment. Furthermore, I would say that a key to self-creation by way of becoming and living the word is to clearly establish one’s starting-point intention as the word or words. Which is also where and why redefining words is so important (also the key). Because it is from and of one’s starting-point/intention that creation manifests. One more thing though: full creative potential extends only as far as one’s intention is aligned to that which is best for all.

It’s funny: so often wherein I think that I’m coming up with something new, I end up realizing that I’m just making sense of it in my own way.

Posted by thomaslagrua at 4:10 PM

Email ThisBlogThis!Share to TwitterShare to FacebookShare to Pinterest
Labels: creation that is best for all, desteni, experimenting with creation. dip, how to create, sound creation

"And then another teacher even approached me happily to state how he has begun singing in the classroom and is enjoying it." - That's so cool!