Guidance in a Dream 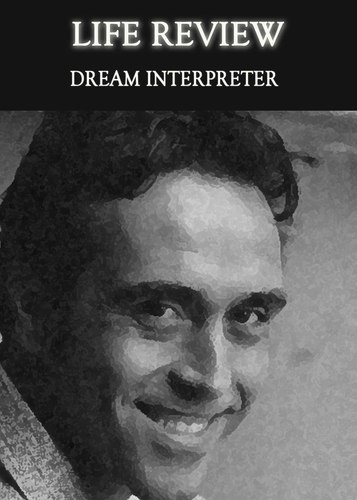 Before I went into sleep mode the other night, I thought about how much I’ve learned and how much I feel that I’ve changed. And then I thought to myself, so when the hell am I going to start really, really, really physically living and expressing “without the aid of an AI mind conscious system constantly running in the background, reminding of things, sending up pictures for me to view, reminding me of past experiences, suggesting how I might want to experience myself now and so on? It was kind of like how I always wanted to drive the car even before I knew how to drive a car.  Anyway, in the dream I had that night was a response to my question.

In the dream, I found myself driving a really big truck, like one of those American style eighteen wheel semi-trailer trucks. However, not only was I having difficulty clearly seeing outside through the windshield of the truck, but I was also struggling just to steer the vehicle, change gears and keep the vehicle on the road. Then quite suddenly, I found myself going down a very steep incline heading straight towards the edge of a cliff to oblivion, wherein I would have to make a sharp left hand turn and power up a steep incline just before the cliff in order to avoid  going over the cliff and losing the vehicle. Even though I did manage to turn the cab to avoid going straight over the cliff, the trailer nevertheless slid off the edge and pulled the cab with it just as I was already jumping out of it. In other words, even though I was still alright or still here, my vehicle was lost (I guess) because I didn’t yet fully understand how to drive it. And from the symbolism,  in the dream, I’d have to say that this is also where I’m at within and as an understanding of my physical body. That being said, lol, I did at least manage turn part of that vehicle.

The symbolism as well as the message contained in this dream are quite relevant to me and perhaps others may also find some relevance here also. Whereas the vehicles that we drive in our dreams often represent our physical bodies, the ability to drive these vehicles may perhaps represent the understanding of ourselves equally as one with as our physical bodies. Furthermore, given the changes taking place within humanity, the primary reason I guess that we humans still even have mind “consciousness” systems is perhaps because we still haven’t yet learned to stand as the directive principles or directors of our physical bodies - equally as one with them.

Like it or not, my dream showed me that perhaps I’m not yet quite ready to turn off my trusty AI mind consciousness system - because I’m not yet standing absolutely as the directive principle of and as my physical body. Symbolically speaking, if I am not even able to drive a big truck “in my dream,” I guess I'm not yet ready to completely disconnect from the automated systems assisting me to stay alive and navigate (with the aid of reality-based perceptions) in the real world - that which is really physically here.

However, I have been connecting and communicating much better with my physical body recently. For example, yesterday while I was going over  a message in my mind thinking about telling my friend that since I haven’t drunk alcohol for quite some time, I might go and visit him to have a few beers. And just as I was thinking that point, my heart began fluttering as though to say, hey, remember me? Ok, ok, I said, I won’t do that, and the fluttering stopped.  Then I remembered that I had given my body instructions a while back to communicate just like that on such matters, i.e. very clearly leaving me with no wiggle room or plausible deniability.

The next day, I had another dream of going to another very homelike dimension where I communicated with friends and felt very comfortable. However, upon remembering the state in which I had left another one behind, I found myself diving straight back down what appeared to be a well of water, and then I was once again back here.

In my next post, I’m going to talk about something not so fun to deal with.

Posted by thomaslagrua at 11:23 AM

Email ThisBlogThis!Share to TwitterShare to FacebookShare to Pinterest
Labels: desteni, DIP, Dream of being ready or not, Journey to life