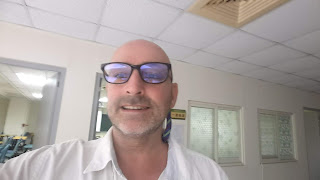 Sometime it’s a lot of fun and sometimes it’s somewhat disparaging. As I said in a previous post, Facebook is not for the faint of heart. Getting someone to even consider looking outside of their bubble, is challenging to say the least; getting them to spend even a moment looking at content that questions their perceptions is even more challenging. Whether we’re talking about equality, what is best for all or about (which I’ve already spent a lot of time pushing), the deep state or the efficacy of wearing face masks, unless it aligns with someone’s established perceptions, the likelihood at this point, of getting people to considering points outside of the box seems to be very low for most people on Facebook. The good thing is, there’s quite a large segment of the population (mostly younger than 30) that are standing for equality for a form of equality, as they have defined it had it defined for them, which is often quite narrow, whom I think will have an easier time relating to principles such as oneness, equality and what is best for all,  opposed to let’s say someone who older, more set in their ways and dependent on the system to continue paying out to them or paying them back. Here are some exchanges that I’ve had over the last month in relation to “my perspective” of the dangers of buying into the pseudoscience rationale (as I call it) of wearing facemasks and other stuff.   Keep in mind that, while my intention is serious, I’m still just experimenting while attempting to have some fun. Oh, and I almost forgot. The good news is, the level of energy/emotion that I'm seeing in the words of most people's responses to me, is way, way down. In other words, as the energy/emotion I put out is usually closely aligned with what I receive back, I'd say that I'm quite stable.

COVID-19, the Republicans or the Democrats, take your pick; my favorites these days are by far the rogue AI and the orange man. So let’s talk about blame: it’s still a losing man's game. Have a look, did you ever see a winner crossing the finish line, pointing an index finger at the ones behind? Or how about a firefighter who got seriously burned saving a child; did you ever see him or her cursing the little one for having to be saved? Of course not, because winners don't blame. Blame is simply for losers who have yet to understand how the game of life is won.

Fortunately, a lost game can almost always be turned around in an instant simply by doing the following. Take that index finger along with that outstretched arm and drop them both down to your side. Now lift up your thumb, put the tip of it to your chest and say to the world, “Here I am and I'm taking responsibility right now. And there you have it, the makings of a winner in the process of beginning the journey to be won. Just remember to repeat this process when you get up each morning, before making any important decisions and most of all, whenever you notice the urge to raise that index finger and point it at someone.

6/17/2020
Thomas La Grua
It is getting somewhat lonely, like cognitive reasoning ability around the world is crashing and the number of people capable of or even willing to have reasonably logical conversation is diminishing by the week. I have a theory about this, but it's a far out there theory.

How do people not see the psychological warfare taking place in relation to edicts coming down in the name of COVID19? How does one reconcile the fact that one day they're told to wear masks and stay inside, but the next day, it's apparently OK to go outside and protest in giant mobs with or w/t a mask? And doesn't it seem just a little strange that the same politicians out walking around with mobs of people without masks one day, are once again ordering new lockdowns? And perhaps somebody might want to ask, why the vast majority of deaths associated with COVID 19 happen to occur in the jurisdictions of those politicians that also had the strictest enforcement of lockdown and facemask protocols... It's time to wake up and begin adding up the ancillary events happening in the name of COVID19, because this is the real target of those behind what's happening these days. Those who want world government and to take even more control over humanity, are just getting started. Tyranny doesn't sprint, it creeps ever so slowly until it's too late. As the saying goes, you have been warned..

Thomas La Grua
June 21 at 8:48 AM ·
Black lives matter, I completely agree. Now, who among us is willing to put their money where their mouth is by standing “and voting” for the implementation of a new system that values all life equally? A lot of people are getting on their knees seemingly hoping that a mere gesture is going to solve the problem of inequality; when in reality, real change costs money. Herein, the only way to quantifiably ensure that all life matters equally, is to implement an equal money system. Check it out, most it has already been developed: https://www.facebook.com/EqualMoneySystem/

Learning how Facebook fact checkers operate: It seems to me that the Facebook fact checker's claim of inaccurate information is in itself sometimes inaccurate or slanted. A common theme I'm seeing these days (and not just by Facebook) has to do with responding to statements or information with counter-information associated with a slightly different claim or statement. For example, in the case of a citizen journalist self-testing CO2 levels associated with wearing masks, the man never claims that OSHA discourages the use of masks. "Facebook fact checkers nevertheless respond by claiming that "OSHA encourages workers to use facemasks..." and therefore labels it as false information. Which is kind of like fact-checking someone who says drinking plenty of liquids is important on a hot day, and having Facebook respond by labeling it False Information - drinking bleach is not recommended by doctors.

Thomas La Grua
Might I once again suggest checking judgments. e.g., "selfish", "non scientist fool," by bringing each of these points back to yourself and self-honestly checking where and why you might be defining and/or limiting yourself to such definitions - and then projecting them onto others. As I've said before, the human mind is a tricky thing, like a maze that will confuse us into thinking/believing that self-definitions apply to others, when in reality, all judgments always originate from within and as ourselves. And btw, I have experimented with wearing a mask for prolonged periods of time, because I have been advised (read obligated) to wear a mask in the classroom - even though out of 24 million people, only 4 people currently have the virus. In short, as Taiwan is very humid year round, the masks (even with the AC turned on) get soaking wet with sweat within the first hour. It is really uncomfortable and most of my students (paying customers, simply don't wear one). But I like my job, so I do wear a mask in the classroom, even though I am 100% certain that it would be healthier if I didn't. Imagine the amount of bacteria that grows on masks after repeatedly wearing them in tropical climates. You've studied biology: what do you think about bacteria proliferating on warm, moist cloth and then getting sucked into my lungs? Is that something you would consider healthy or even as a necessary risk in order to protect yourself and others?

Thomas La Grua
The problem with changing masks frequently is that, for the first three months of the crisis, the masks were simply unavailable - limit of two per person per week if you were willing to wait hours outside inline under the hot sun - lol. And I did sterilize many masks (in the rice cooker until they started deteriorating). But even in changing masks, I honestly noticed myself getting headaches and being uncomfortable, as though I was getting irritated even though I really love going into the classroom with students. It's a difficult situation that I think requires open, uncensored communication, which is why I wrote a blog post about censorship, and plan on following up on this topic.

Thomas La Grua
This is a good example of Civilian Journalism. In this video, the man tests the oxygen/Co2 levels when wearing a mask and not wearing a mask. Whether or not one agrees with his conclusion and/or the validity of the test results (which I'm not sure that I do), I think that we the people benefit by counting on one another for research, rather than counting on profit-driven corporations to do it for us.

As Facebook happens to be one of the most powerful communications companies in the world, what flows down and through it, can and will affect (or infect, as the case may be) human civilization, herein presenting a clear and present danger to human civilization if their censorship is left unchecked by the the real fact-checkers, the people of the world.

Whereas the act of wearing a facemask outside of medical procedures is a gesture of bondage and/or servitude, the act of getting down on your knees is a statement of unquestioning submission, surrender and obedience to a master. Sugarcoat it all you like, but there’s no getting around the fact that these two acts are historically associated with INEQUALITY, BONDAGE and SLAVERY, the very ideas that most of people supporting such acts claim to be fighting against - fascinating.

Posted by thomaslagrua at 3:42 PM