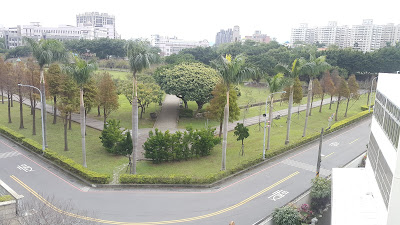 In looking at the news this morning, the first thing I noticed was the headline, Washington "One-China" Policy Dead As Pompeo Lifts Restrictions On US-Taiwan Relations. While this move will certainly have broad geopolitical implications for Taiwan and the rest of the Asia Pacific region, especially China, the timing is particularly interesting to me because it exactly aligns with what I told my students in September, 2020, was likely to happen in January or February of 2021 based on the outflow of events that I was noticing at the time. And if this pattern persists, I’m guessing that another headline soon to follow (aside from China once again threatening Taiwan) is likely to be news of a power shift taking place at the highest level of the Chinese Communist Party, the CCP. As far as storylines go, bad news for the emperor isn’t necessarily a bad thing.

As for the US, I guess that the news is also going to be getting better and is likely to continue being shaped by Trump and team. Let’s face it, for someone who has spent much of his life telling people never to give up and never to quit, do you really think he’s going to quit now with his back up against the wall, everything to lose or everything to gain? I guess we’ll just have to wait and see.

Even though I often point out that ‘the script’ has already been written, as though I’m critical of it, I actually think it is quite good, all things considered, and am grateful to all those that have endeavored to put it together as part of what I view to be an effort to essentially assist the human race in this one last opportunity to correct our ways by changing ourselves, which is a story in and of itself. And even though the broader script (of our external reality) may already have been written, it is still we the people that must decide to write right who and how each of us is going to be in terms of our standing, what we will and will not accept and allow from here on out.

Each one’s stand is essentially the role that participants play in deciding how everything plays out unto the end and the beginning. Hence the saying, even if you decide not to decide, you still have made a choice, which is really the only decision each of us together (as unique beings) have to make in each moment as we walk our processes of self-change to change this here place from the within to the without.

While I’m on the subject of patterns, I would like to once again share a strategy that I’ve been working on in an effort to not get stuck on those emotional rollercoaster rides — simply by refusing to go into emotion in the first place. For example, what I began noticing shortly after 2020 began was that I would often find myself floating up emotionally only to come crashing back down again and again, until I finally figured out that I was causing those ups and downs by accepting and allowing myself to “indulge” in little bits of euphoria and/or depression in the moments of thinking about things.

Like a rollercoaster that slowly goes up with the acceptance and allowance of positive, negative and even neutral thoughts accumulating over time, it always comes crashing back down again in a disturbing way. Aside from being scary as hell, those mental rollercoaster mental ups and downs are also very bad for one’s health.  The key, thus, is to avoid “all” emotions all together, and these days, I’m usually very good at this — except for this afternoon (about 7 hours before posting this blog) when a chain of events occurred and I ended up getting into an argument with some anti-Trump-ers. The weird thing is, as certain as I am about them being completely asleep, I’m just as certain that they think exactly the same about me — which tells me in no uncertain terms that there’s something not quite right about reality. I’m just not exactly sure what it is; although, I am certain that there's some sort of pattern to it, and I’ll leave at that for now.

Posted by thomaslagrua at 6:53 PM